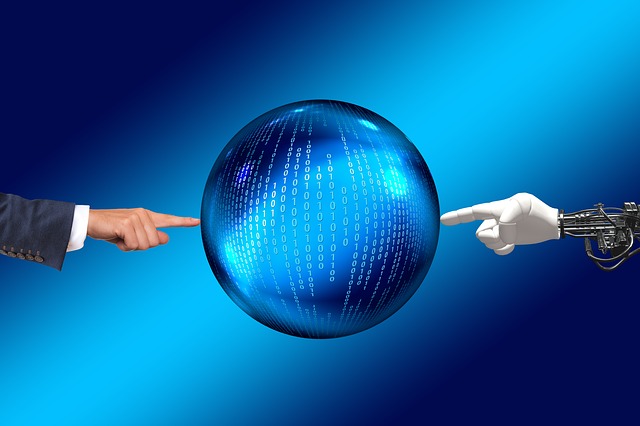 In the 1930s, John Maynard Keynes prophesied that technology will displace jobs and lead to unemployment. Cut to the present times, you will find one of the pertinent question that every employee of an organization ask its management is – will robots take away our jobs?

It’s a fear that stems from various news reports that they read and hear everywhere; such as the report by McKinsey that states around 60% of occupations could have 30% or more of their constituents automated.

While there is some truth to these news, it is not completely accurate; because robots cannot replace the humans completely.

Thus, the onus now lies on you to explain the role of Robotic Process Automation (RPA) to your employees to remove their fear.

You can begin by addressing the concerns of your employees that RPA will not take away their jobs but will instead fortify their role in the organization, and explain how RPA will be beneficial to their current jobs.

1. RPA will reduce errors and save time and costs

One of the major advantages of RPA is it reduces the human errors as it works on set rules. This by itself will be a huge relief for employees as they will no longer be spending long hours on rectifying the errors.

They can instead utilize those hours to work on advanced functions that require problem solving and creativity skills. It is also beneficial to organizations as they will be able to save costs on rework.

According to a whitepaper by IDC, human error costs organizations over $62.4 million every year! With RPA, organizations will be able to cut over 65% of their cost and gain return on investment within six months of its implementation.

[bctt tweet=”With RPA, organizations will be able to cut over 65% of their cost and gain ROI within six months of its implementation.” username=”@UInsights”]

2. RPA will still require humans to oversee it

Remember the Facebook fiasco where two Artificial Intelligence (AI) robots developed a language of its own and started talking gibberish? The AI bots was shut down immediately because the scientists monitored the deviant behaviour of the bots and took a timely action.

Imagine the repercussions if the bots were not monitored? Now RPA is not akin to AI as they only function on the basis of rules, but they also have to be closely monitored by human being like their AI counterparts.

With RPA, the role of the human force will shift from executor to decision-maker. Human force will still be required to ensure optimum efficiency of RPA and to monitor and report deviant behaviour of robots to safeguard the business.

3. RPA will remove the burden of working on repetitive tasks

Contrary to the popular beliefs, RPA will be only used in low-end, monotonous jobs such as data entry, processing invoices, validating data entries, and so on. It will simplify the workflow and accelerate the completion of tasks on time without any errors.

By taking care of the rote work, employees will be left with more time to focus on high-skilled jobs that requires human intelligence, and engagement with the customers. This will develop a spirit of entrepreneurship and leadership among the employees and help them remain motivated in their job.

A study by FuturaCorp states that while 4 out of 5 deterministic jobs such as customer service, and administrative tasks will be mainly be performed by RPA, most of the high-skilled jobs such as those of data analyst, innovators will remain intact with the human force.

This means that the future workplace will see human workforce work along with robotic workforce. In fact, Ernst and Young (EY) has already deployed nearly 200 bots that work with human workforce.

It gathers and processes tax returns data, which reduces the workload of the human workforce, leaving them to manage the critical part of the business.

Professor Chris Bauer of Goldsmith’s Institute of Management Studies calls this trend a Hybrid Workspace. According to him, hybrid workspace will improve the productivity of the employees as RPA will manage the low-end jobs, while human workforce can focus on completing complex tasks and making strategic decisions.

While implementation of RPA in low-skilled tasks is inevitable, organizations will have to train employees to align them to the changes. Here are few things that you can do to help employees to accept RPA as their new coworkers.

3.Train and upskill employees: Implementation of RPA will lead to several changes in the organization and the existing workflow of the processes. Employees have to be trained and upskilled to help them adapt to the changes in their processes and function in coordination with the robotic workforces seamlessly without any hassles. Training is important to ensure that employees do not become obsolete in the new ecosystem.